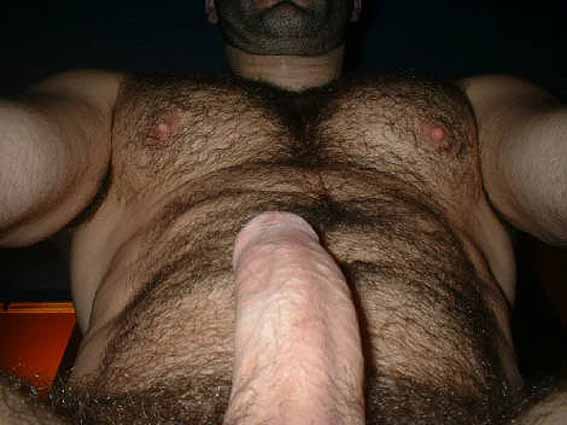 Oh yes! With a little help from my faithful card reader Palette, the goddesses of vengeance heeded my devout prayers: my funny Valentine has in the meantime become the centre of all ridicule and disdain in Brussels gay circles, but when I think back to all his subtle little tactics to undermine my self confidence again and again, in order to hook the most beautiful men himself, and especially a year or two ago, that damned Carlo of an escort, I still feel steam coming out of my ears.

Well, alright Jan, all this is ancient history, and the only thing left for you to do is to enjoy your vengeance to the full, and to put nice down on paper how it happened that one of the most popular 'bears' of Brussels, nearly like a Madame de Merteuil, in the end had to withdraw from the gay circuit, sick and heavily battered and damaged - and it was all your doing, Jan! While I, unlike the Vicomte de Valmont did not even have to fight a duel, and am still alive and kicking.

And no, by the way, Valentin; unlike the aforementioned eighteenth century ex-lovers, I have never nurtured any feelings of lust or infatuation for you; your eyes were just a bit to grey-blue to enchant me, your topics of conversation just too superficial to stimulate me intellectually, and your body odour just not spicy enough to titillate my sensitive nostrils, although I must admit, in all humility, that you once were a particularly attractive man in a time long gone. And what were your winning assets that enabled you to nick my conquests from me? Oh, a burly body with broad shoulders and curvy buttocks and calves that you always emphasized by wearing short trousers and sleeveless chequered shirts, and above all, of course, of course now that the bear fashion is still the rage! .. your dense, very dense hair on your legs, arms, your chest and buttocks and even your back and shoulders, and with a full beard and a Hussar's moustache as the cherry on the topping.

Well, that Hussar's moustache of yours has in the meantime become your Achilles' heel, the instrument of your fall, -- and I am still laughing about it! But what I still cannot understand, is why you at the time took such pleasure in trying to give me complexes, while the gods had graced you with such an attractive appearance? Why did you have to keep going on and on about my alleged shortcomings, such as, in your view, an inordinate height, the thin legs of a Bantu warrior, and a nearly hairless chest, and that while the Italians say 'altezza e' mezza bellezza', while the Bantus are a decisively brave people, and while the absence of bodily hair is a sign of higher civilisation - in other words, that man no longer stems from apes.

Well, my explanation may sound so eighteenth century: you felt that you were above everyone else, Valentin, a queen, but as everyone knows, each queen needs a lady-in-waiting who is a bit uglier and less striking than herself, so that she can attract all the attention during her outings - in this case the bear and leather bars of Brussels. And the triumphal attributes of queen Valentin were a few strings of bodily hair more than her lady-in-waiting, Jan

Alright then, back to the escort. Eroticism, making love with other men, has always been the mainspring of my life, and now that I am forty-five years old, with a series of disastrous relationships with family members, friends - such as Valentin -- and lovers behind me, I dare say that my capers with my 'fellow men' of all sorts and conditions, are almost the only rays of sunshine in my lonesome and, from the literary point of view, not yet very successful Flemish existence. Needless to say, however, owing to a certain frenzy, I was not always too picky during my hunting parties, and have counted also lesser gods among my conquests, such as men with an amputated leg, or with polio, or with psoriasis, or who were not so young any more; but to conclude from this that I do not appreciate the intimate company of drop-dead gorgeous men, would be wrong - quite the contrary. And I almost still tremble with excitement when I think back of my afternoon with that escort!

And what did I do? I sent him a flattering e-mail to tell him that for me he was just about the most handsome gay man of the moment. To which he replied promptly that in addition to being a model, he was also an escort, and that for a modest sum, he was prepared to keep me company for a few ours in my bachelor's pad in Brussels. I accepted his proposal - for the first time in my life!

The escort! Carlo! Oh yes, naturally, I experienced moments of sheer ecstasy upon seeing and pawing his body that seemed to me to have become a very hairy flesh and blood version of the Farnese Hercules; naturally, he was also a good kisser, he smelled just heavenly under his arms and between his legs too, thanks to his well-balanced muscle diet, and to top it of all off, I had his grey-white load of sperm fall in my open mouth. Before leaving, he cut off a bit of his public hair for me with a pair of scissors, as a memento of our love afternoon, though I felt rather uncomfortable when he left. Wasn't I, Jan, still a little too young, to resort to escorts to satisfy my erotic needs? Wasn't I still attractive enough for the moment to seek my pleasures in Brussels for free? And what if my adventure with Carlo was leaked to the rather gossipy gay circles of Brussels? Would people laugh with me? Would they say that I was squandering my money? Or would they begin to have doubts about how my manhood functioned?

'Jan, Jan after all,' I laughed my doubts a way a bit later, 'you have no accounts to render to anyone, and as to the money well, you paid for a work of art; your caper with Carlo was like a meal in a grand restaurant, or like attending an exclusive opera performance. You must have to stay away from the gay circuit for a few evenings so as not to bump into Carlo - for what can be done if he is rather indiscreet and for instance nods in a friendly way in the midst of the 'Duquesnoy' - and that's the end of it.'

That's the end of it. Well, not quite. No, o Brussels is and remains a village, as I discovered three evening later, when I got a phone call from Valentin.

'Jan, could you perhaps cut my hair with the electric shaver?'

'Well, come on up,' I replied - Valentin lives a few floors below me.

And up he did come, with his usual false grin under his Hussar's moustache, and took a seat in the kitchen; I put a towel round his shoulders, and started to shave his head down to a millimetre.

'You haven't gone out these last nights,' he opened the conversation. 'We did not see you in the 'Duquesnoy.'

'With the necessary bottles of wine.'

'Your little legs seem to have got thinner' - I was wearing shorts.

'Yes, Valentin, not everyone can have such strong calves as your.'

'Carlo was here in Brussels, you know, that naked model that you find so handsome. The one on the C*** calendars.'

'More beautiful on the photo than in real life. Although. But not difficult to get in bed. Well, I managed to get him in my bed without any effort. For free.'

'For free,' I now echoed back nervously.

'He had already been in our building. For a well-paying customer,' and here, my dear Valentin produced his typical sneering laughter, and looked at me straight in the eye.

And of course I was boiling with anger, but luckily I did not lose my serene expression. I continued to shave his head cleanly, whereby Valentin trimmed his full beard and Hussar's moustache slightly in front of a mirror, and said goodbye, leaving me behind frustrated, with a kitchen floor full of hair from his moustache, beard and head, that I had to wipe off with my brush and pan myself.

Well, yes, I naturally felt like throwing a glass against the wall from anger, but luckily the phone rang that very moment.

It was Paulette, a seventy-year old card reader and sorceress from Alsace, who has been a good friend of mine for many, many years. It was she, in fact, who predicted, when I was in my early twenties, that I would become a real writer, that I would never be recognised in my own country, but that my writings, though not yet hatched at the time, could count on a increasing acceptance abroad.

And naturally, I told her the whole story about this damned escort Carlo, and the mean digs of Valentin, and I added, still shimmering with anger, that I would to curse my so-called friend and downstairs neighbour.'

'Easy enough,' was Paulette's bland reply, 'do you have a personal possession of his?'

'Paulette!' I cried out a bit shocked.

'Oh, it need not be anything fatal or dramatic, but with an object or other of his, I can see that this person will disappear from your life discretely, leaving you unscathed.'

I immediately thought of his moustache hair, his most typical attribute.

And.. and? Well, some two years have passed since I entrusted Paulette with a clipping of Valentin's moustache.

And and? Well, Paulette is a very competent sorceress, and even the devil in person could not have come up with a better punishment for my good friend and downstairs neighbour. Valentin just came down with 'alopecia areata universalis,' you know, the most serious form of hair loss, whereby the really pitiful victim not only gradually lost the hair on his head, in circular clippings, but also his eyebrows, eyelashes, bodily hair, and naturally also his moustache, however long and thick it may have been and kept in form with brilliantine.

Well, nuff said, this insignificant event took place more than two years ago, and rumours went about in the false Brussels gay circles to the effect that Valentin had caught the virus during a scat party in 'Het vagevuur' [The Purgatory] in Eindhoven, and the last time that I saw him, a month or so ago, he was bald as a billiard ball, and was emptying his apartment together with his brothers. Apparently he now lives with his elderly mother in backward Limburg, where no one will bother him, and certainly not I, the free and gay bird that I am..