"The phrase 'kiss my arse' has an ancient origin connected with devil worship. (...) In earlier times it referred to the way witches were believed to pay homage to the devil, who had a face on his buttockless rump, with a mouth in place of an anus." 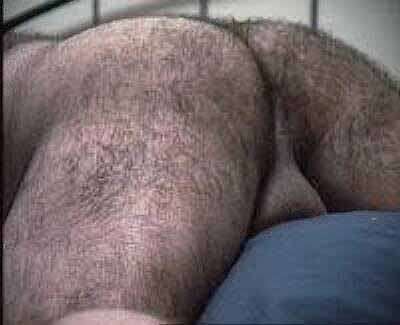 No, if someone were to ask me straight up what the most beautiful, the most perfect thing on this earth is, I would not immediately start intellectualistically propounding on, say, the magnificence of Mozart's last three symphonies, or the tender tragedy of Watteau's fêtes galantes, or the absolute harmony amongst garden, architecture and interiors at Vaux-le-Vicomte; no, without the slightest doubt, I would resolutely answer:

Now, I would make so bold as, without false modesty, to regard myself as a true connoisseur of arses; yes, just as a sommelier is specialised in judging and tasting wine, so I accord myself the title of fesselier, in short, someone who throughout his entire adult life has observed, pawed and licked men's arses ­ les fesses ­ and graded them according to form, perfume and taste.

And hence, as regards form, I distinguish for instance noble backsides, viz. backsides whose crack is a tad too long in relation to the breadth of each separate buttock, or that oh-so-American hard-rock backside, a pair of hunky buttocks that, ultimately, seem to be mounted somewhat too low on the nether region of the back, or Herculean backsides, or quite simply (and a little bit my favourite) shamelessly fat backsides.

On the other hand, the perfume and taste are often (and I believe I can draw this conclusion after years of research in the field) in close correlation to race, skin-colour and eyes and, above all, eating habits. It is hardly necessary to point out that the arse zone of a blond Dutchman not infrequently smoulders of cheese and dairy produce, whilst that of a Mediterranean man will have an odour more of fruity olive oil and basil, or that of the dweller of the Maghreb has the resolutely intoxicating parfum of the exotic spices that can be bought on a Sunday at the Brussels South Market.

So far so good, with this little introduction I hope to have convinced you that, as a fesselier, I have a certain competence and that my flattering utterings regarding Sebastian's backside are not to be laughed off as such-and-such a drunken quip.

And who, I hear you ask, is Sebastian, actually? Sebastian is quite simply, without a doubt, the most erotically inspiring Flemish man I know ­ which is not exactly difficult, one might ironically reply, since the most eye-catching male specimens that populate the streets of our proud Flemish cities and the bars of Brussels are after all often foreign. With the exception of that infamous Sebastian, then, for, yes, when I first encountered him a year or so ago as the new barman behind the counter at the cafe 'Le Pre'texte', I actually for a moment was frightened I would fall prey to an attack of Stendhal's syndrome, in short wooziness and a dull pain, which people can experience when looking at a classic work of art. Was it his young, athletic body? Was it his allure, which I would describe as energetic, stubborn and elegant? Was it his sharp, black eyes, which suffered from what the Italians so melodiously call lo strabismo di Venere, a gaze that nearly unnoticeably squints but, in short, thereby draws all its mystery and charm? Or was it ­ oh, yes, I am incorrigible ­ his buttocks, buttocks encased in a tight pair of jeans, which, in terms of form, held the middle ground between a Hercules and an Apollo backside, and thus a somewhat rare backside, which, in a mood of vulgarity, I should define as a particularly successful cross between a small boy's arse and a broad, spreading, man's bum.

Now ­ and I almost forgot to say this ­ despite his decidedly tasty-looking exterior, Sebastian is also an extremely pleasant person, or call it flirty out of commercial considerations, and partly due to his winks, ironic smiles and the occasional dirty remark, he managed after a single visit to cafe 'Le Pre'texte' to win me over to such an extent that I decided there and then to make the aforementioned location my new drinking-hole. So, I spent entire evenings there, I drank one beer after another as I sat undressing Sebastian with my eyes and constantly waited for that supreme moment in which he would have to bend over behind the bar to reach for a glass from the lowest shelf. At that time, I felt myself a bit of a dirty old man, a forty-year-old drunkard, although Sebastian on many occasions impressed on me that forty really wasn't that old and, besides, I looked young for my age ­ which I naturally never believed: I too have a mirror at home.

One evening, however, now some six months ago, the sight of all that lovely stuff became too much for me. It was around two in the morning. I was the last customer, the curtains of the cafe has already been drawn closed and Sebastian, tired from an honest day's work, was counting his tips. Was it the endless beers that I had again been drinking, was it a little voice in me that that I heard daring me to do more in my life? ­ the fact is that I heard myself uttering the following words, 'Oh! My darling Sebastian, I would give a fortune to be able to look upon your bare arse with my very own eyes.'

Sebastian, scarcely surprised, looked at me for a long moment, and then responded with a line that seemed like a runaway from a modern, capitalistic fairy-tale, 'A fortune's not really necessary, but for twenty Euro, your wish will be granted.'

I wavered a moment ­ was he joking, or was he serious? ­ but then I went ahead and got my wallet out of my trouser pocket, removed a twenty-Euro banknote and put it down ostentatiously before his eyes. And Sebastian looked at the banknote for a second with a mixture of eagerness and disdain, then emerged from behind the bar, stood in front of me and, with his back turned towards me, slowly, taunt-ing-ly slowly, lowered his jeans and his underpants.

Of course, out of pure excitement, I felt the blood bubble up to my temples, but, because there is nothing more frustrating than looking without being able to touch, I heard the following words utter forth from me, 'Oh! My darling Sebastian, I would give a fortune to be able to touch your bare arse with my very own hands.'

'A fortune's not really necessary, but for twenty Euro, your wish will be granted,' came his answer.

And for the price of twenty Euro, I thus began softly to caress the peachy down of his backside, and I squatted behind him and gently parted his two muscular buttocks in order to wonder at his yet so innocent-looking little arsehole. But, since there is nothing more frustrating than touching without being able to taste, I heard the following words utter from my lips, 'Oh! My darling Sebastian, I would give a fortune to be able to kiss your bare arse with my very own mouth.'

'A fortune's not really necessary, but for twenty Euro, your wish will be granted,' he answered for the third time.

As becomes a true fairly-tale, however, my wallet was now empty. And for a trice I played with the idea of quickly running to a cash machine, when it suddenly struck me that that afternoon I had purchased a lottery scratchcard.

And 'Oh! My darling Sebastian,' I now heard myself say, 'a cannot give you another twenty Euro, but I can give you the chance of winning a great fortune with your buttocks.'

I held the still unscratched lottery card before him. And Sebastian took it, laid it on the bar, turned his back toward me and gently leant forward, resting his hands on a barstool. And 'God, let now time stand still, please let me die, for I cannot experience a more blissful moment in my whole sinful existence,' was the thought that whirled through my head during this quite utterly intimate moment between Sebastian and me, between a fresh twenty-year-old, with just the most beautiful backside in the world, and a decrepit, forty-year-old boozer. And, yes, if Jean-Baptiste Grenouille should ask me in the hereafter how I would describe the perfume of that boy's arse, I should probably lyrically answer: like freshly milled pepper on the fleece of an perfectly black, full-blooded stallion.

And the scratchcard? Shucks, after the blissful moments spent between Sebastian's legs, I returned home in the rain and so I have no idea whether or not it was a winning ticket and, if so, how much it was worth. The fact is that, upon my next visit to 'Le Pre'texte' the next evening, I encountered a new barman behind the counter, who informed me that Sebastian had served his notice and left to embark on a great round-the-world trip.