A short story by Daniel Blue 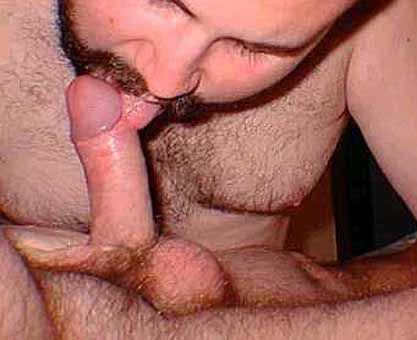 Carl was so excited he could hardly wait. In half an hour's time the guys would be here and the party could start. He checked the beers once again; they were icy cold. The barbecue fire was coming along nicely and there was nothing more to do.

Not for the first time that morning Carl gave his fat cock a quick tug. It had been semi hard all morning just thinking about what was in store. His cell phone rang and he fished it out his pocket. It was Gareth on the phone; they were just five miles away. Not wanting to waste any precious time Carl laid the steaks and sausages out on the fire.

When Gareth, Nick and Joel arrived there were big hugs all around. Carl pressed a cold beer into each of their hands and led them out to the back garden. The beer and conversation flowed and the meat was soon done. It was a beautiful summer day and it wasn't long before Joel stripped off his T shirt revealing his trim figure. He had a really smooth, defined chest and washboard flat stomach that had a thick line of hair growing from the belly button and disappearing into his low slung jeans. Carl licked his lips as he drank in the beauty of this rugged man. His deep blue eyes twinkled in his handsome face and that dimple in his chin was utterly irresistible. Twenty years of manual labour had given him a firm, hard body and Carl hoped that a week of restraint had given him something else; something that hopefully he would soon be gifting to Carl.

Carl's garden was very large and private with trees and hedges all around the perimeter making it impossible for anyone to see him, or indeed for Carl to see any of his neighbours. Which was just as well because Gareth, too lazy to go inside for a piss whipped out his huge, fleshy cock and let rip a massive flow of steaming piss into Carl's rose bushes. Carl's throat was as dry as sandpaper, his heart thumping in his chest. It was time.

'Hey Carl, buddy, come here.' Gareth said. 'I've got something to show you.'

Carl was so excited his knees felt like jelly as he walked over to Gareth and kneeled before him. He watched with bated breath as Gareth milked back the heavy hood on his uncut cock to reveal a thick layer of waxy cheese. The pungent smell assailed Carl's nostrils making him feel faint.

'What do you think?' Gareth asked. 'I've been saving it up all week just for you.'

'It's amazing.' Carl croaked as he brought his face up close to Gareth stinky cock. The smell was almost overpowering, so close to being revolting and yet it turned him on so immensely. Carl's own circumcized cock was so hard it was just about bursting through his zipper. The pressure had to be released. He quickly got up and stripped, allowing his massive fat seven inch hog to swing free. Then Carl got back into position and took hold of Gareth's cock with his left hand. He used the forefinger and thumb of his right hand to smear the smegma all around Gareth's cockhead. Then he held his fingers under his nose and inhaled deeply.

Carl was so lost in lust that he had hardly noticed Joel and Nick come up to stand on either side of him. But his eyes flew open as their heavy streams of piss rained down on him, soaking his from chest to groin. Their rivers of piss coursed down his chest, over his nipples, down past his hairy stomach and then onto his heavy balls, before finally running into his hairy crack and dripping onto the lawn, The warmth of their discharge added to the immense pleasure that was surging through his body. Unable to ignore the demands of his cock any longer Carl's hand flew down south and stroked his shaft into a frenzy. His whole body went rigid as his joy juice spewed onto the grass. It was one of the quickest climaxes he had ever experienced.

'We've got all afternoon,' said Gareth. He smiled a smile to melt an iceberg, with teeth so bright and even they could light the way in the dark. His ruby red lips looked so incredibly inviting that Carl was more than happy to surrender to his kiss.

It had taken Carl a long time to find all these uncut studs and even longer to persuade them not to clean their cocks for a week so he was determined to make the most of this afternoon. Hopefully he would get a second chance but right now it was best to just relax and enjoy their company. They had a very pleasant time chatting and drinking cold beers and enjoying the warm sunshine.

By late afternoon Carl could see that the guys were getting a little restless. Their taxi cab would be coming by in about an hour's time so if he wanted anything to happen he had better make it happen. He went up Joel and tugged on his belt. Joel smiled and undid his belt and dropped his jeans. He wasn't wearing any underpants and his big cock flopped out over his huge, hairy nuts. He turned around and wiggled his hairy ass at Carl. It was too much for Carl. He sank to his knees and buried his face in that musky pit, rimming Joel's none too clean hole. Gareth poured some beer down Joel's crack which sent Carl into a feeding frenzy as he lapped at that fuck truffle until it was as clean as if he had just stepped out of the shower.

When Joel turned around his cock just about poked Carl's eye out. It was fully erect and the foreskin was fully retracted revealing light lines of cock cheese on the head and a massive deposit behind the huge flared ridge of his cock head. This time Carl opened wide and took that stinky cock into his mouth. He was gurgling as he lovingly tongue bathed that over ripe dick while pushing a finger into Joel's slippery chute. Gareth and Nick stripped off and Carl quickly collected the ripeness still trapped within Gareth foreskin. His own cock oozed a steady stream of precum as he cleaned the sex slime from Gareth's thick tool while stroking his warm, furry thighs.

Now it was Nick's turn. Nick was a chunky blonde with a huge meaty butt and goose egg sized balls. His cock was incredibly skinny and only about five inches long but Carl knew from experience that it was the ripest of the lot. Nick's foreskin was incredibly tight and when he was hard it would only go back all the way with some difficulty. The moment Carl started to slide it back that rich aroma filled his nostrils and he saw that Nick's cockhead was almost hidden from view under all that yellowing cheese.

Carl grabbed a blanket he had placed in easy reach earlier and laid Nick down on this. He knelt over the sexy chub and went to work on his thin stinker, leaving his ass up in the air and ready for whoever wanted it. Gareth grabbed a beer and poured some between Carl's bubble butt before eating him out good. Carl's thumb was now lodged inside Nick's hot ass as he gave his by now very clean cock and excellent blowjob. Gareth's lubed up finger entered Carl's tight ass and worked him loose. As Gareth's thick cock prised his asslips apart Carl sniffed his fingers which still had Nick's cock smell all over them. That aphrodisiac smell worked a treat and opened him up completely. He was soon so relaxed and into the fuck that he was begging Gareth to fuck him harder.

With one eye on the clock Gareth increased his stroking until his cock was so sensitive he couldn't hold out. With one last deep push he achieved the release he sought, flooding Carl's canal with his funky cream. When Joel slid into Carl's chute it was so creamy and slippery and delicious against the bulging shaft and sensitive plum head of his cock he only need five minutes in that velvet grip. Gareth had positioned himself underneath Carl by this point and allowed Carl to cock stab that thick club into his mouth. Nick had switched to a kneeling position and was enjoying the view of his wet needle dick sliding in and out of Carl's mouth.

The men slowly disentangled and shared a quick kiss and cuddle. It was then time for the visitors to dress, but not before promising that sometime soon they would once again not clean their cocks for a week. After they had gone Carl slowly stroked himself to a third blast off, thinking about all the skanky cheese they could make in a week.

For more of my stories please visit my free website www.danielbluetales.com